It sent shivers across the internet as thousands upon thousands of people, including billionaires, celebrities and moguls participated in pouring ice water over their heads in support of a non-profit organization, or perhaps for more selfish reasons– we’ll get to that shortly.  The impact of this viral campaign was so successful that it produced over $100 million within several weeks. The truth is this campaign may not have started off with the intentions it quickly developed, however, the participation by so many diverse walks of life was truly phenomenal as the term ‘going viral’ attained a new significance.

The Ice Bucket Challenge (IBC) isn’t the first and is certainly not the last successful viral campaign to hit the web.  Take for example last year’s Chipotle campaign The Scarecrow, which started in order to support its Food With Integrity campaign coupled with an iOS game where one can wage battle and rescue animals from confinement to open pastures.  This short film reached 6.5 million YouTube views in less than two weeks after its launch, while the free iOS game exceeded 500,000 downloads within about six weeks of launching in the app store. And no one can forget Evian’s Baby & Me campaign which features adult actors who bear an uncanny resemblance to the baby stars. This video reached 100 million total views within a matter of weeks, including a dedicated Facebook page, sweepstakes to promote the ad and other promotional tools. The company even introduced a Baby & Me mobile app that enables iOS and Android users to “baby-fy” their photos and share them across Facebook, Instagram and Twitter using a hashtag.

You may be thinking, ‘how can the IBC be compared to corporate viral marketing campaigns?’  This is a valid question, so let’s make some quick distinctions. First, IBC didn’t start out with the planned intention of being a vehicle for donations for the ALS foundation and second, the IBC was not a ‘planned’ viral campaign.  Rather, as IBC gained social acceptance and momentum it morphed into a viral campaign and the significance was later attached to ALS as it gained exposure.

So what is the challenge?

Most commercial ‘viral’ campaigns are planned well in advance and despite their best efforts, many of them don’t ever become viral.  So what can we learn from the IBC and its success, and moreover, how can corporations leverage this knowledge and harness their marketing prowess to achieve future success?

A great recent example includes MTV and Durex partnering to create the Someone Like Me campaign, that speaks to MTV’s youth audience in a way that can raise awareness about sexual health.  The key is that brands aren’t simply writing checks but working to incorporate social initiatives into their overall vision and operations, which can be a powerful motivator to increase engagement. 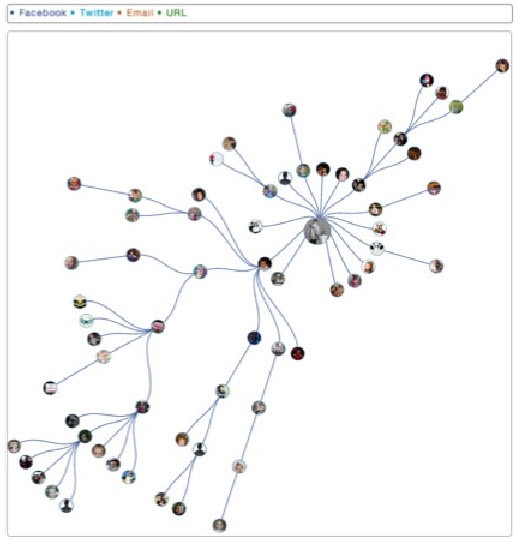 Now, let’s take this a step further to address ‘big data’ and the massive leverage that brands can bring to their marketing teams when ideating their next viral campaign using their data.  Taking the time to comprehensively analyze the data that’s available to a brand can unlock incredible insights around their customer segmentation revealing their needs, fears and desires.  In a previous article I discussed how social data can help construct the ‘single of the customer’ by bringing social data into your CRM.  This data can also be tied to your campaign to begin to understand who your most social & vocal audience is (your social influencers), therefore, by tailoring a campaign that speaks to a specific audience you will likely get more engagement and virility from your campaign.  This graphic  demonstrates how tools like  Acxiom’s Social Connect allow visibility into who your audience and who has the most social clout.

Brands can now complete the picture of who their users are, who shares the most, and therefore, can now open up a new realm of engagement strategies to their marketing teams.

Commercial ventures may struggle to transpose the same level of engagement and willingness to share as charitable organizations have available to them. What brands can do – and what they are increasingly doing – is incorporating good causes into the heart of their marketing mix. This combined with deeper insights into users and their social influence while operating in a way that is consistent with their audiences overall values will begin to unlock the secret to this Challenge.