There have always been differences between rural and urban America and it’s widely known that those differences are also reflected at the voting booth. But can moving to a new place influence how you vote as well?

This analysis, based on data collected at the time of the 2012 presidential election, revealed an interesting political divide between urban and rural voters. Most of the time, states with large urban populations vote for Democrats, while states with mostly rural areas or small towns vote for Republicans.

Looking at our Audience Transitions database, we found that newer urban residents from rural areas still voted like rural dwellers, while they become more like urban voters the longer they live in the urban area, and vice versa. 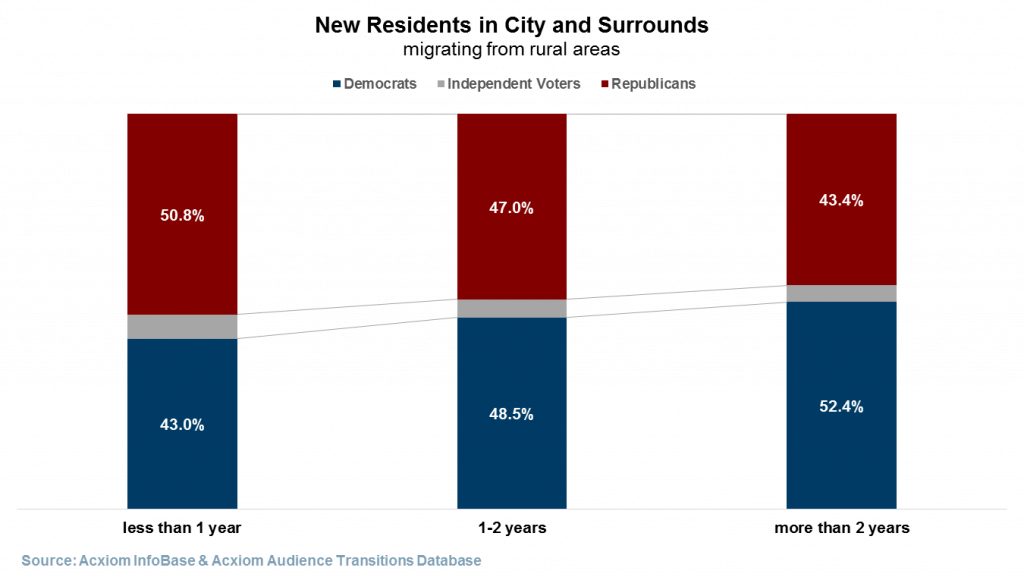