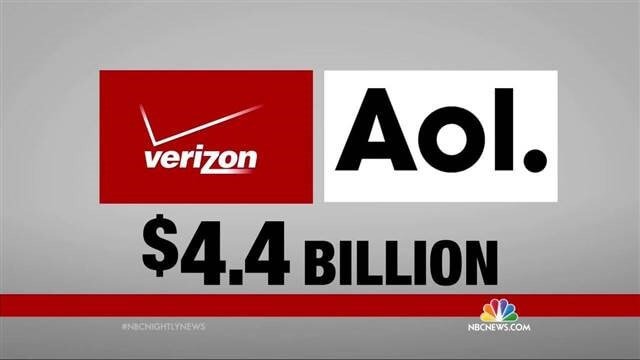 The recent acquisition of AOL by Verizon is another sign of accelerating transformation in the Media industry. While the theme of convergence continues to be prominent, we have an even more interesting dynamic – we are seeing the emergence of new media Platforms that will likely change advertising in a dramatic new way. For over 30 years Media has had a relatively stable channel based structure with strict and relatively simple rules. Even the emergence of Digital in some ways followed established channel parameters with the notable exception of Search, which borrowed performance metrics from Direct Marketing, but impacted traditional Media budgets. In all that turbulence, the old Media TV conglomerates (Disney, Viacom, Time Warner, etc.) continue to maintain a commanding stance with many billions under control.

However, things are changing rapidly and new Media Giants are emerging – Google, Facebook, Microsoft, and the convergent, Comcast/NBCU, now Verizon/AOL, and many more are in the works. What makes them similar is the enormous resources, audience reach, and cross-channel capabilities that they integrate. However, unlike old players, they consolidate a far more diverse range of assets and approaches to audience engagement.  More importantly, they are difficult to describe with traditional media metrics. Think of Microsoft for example…

Powerful, but very different from traditional media audiences and in many cases without an established trading value. The new Media Platforms need new KPIs that in many cases will have to be proprietary. In some ways Google fathered this new way of thinking, by introducing its own planning and buying platform on a huge scale. They were less successful to leverage that platform for TV and Radio, but perhaps they were early. Facebook’s phenomenal growth and scale also made possible the introduction of their own platform. The fact that it has attracted a host of specialized agencies validates the transformation potential of a standalone Media Platform. Similar to Google before, Facebook is rapidly expanding its platform to new territories, but for now, more adjacent to its core.

The aspiration for a new trading currency that will regulate future media economics is difficult to imagine given the vast diversification of engagement and metrics characteristic to these new Media Platforms. However, there is one powerful common KPI denominator – the focus on marketing ROI.

For example, Comcast/NBCU may be able to offer an advertiser almost every possible engagement channel and sequence, from TV to online, to mobile, and a host of non-standard ones, such as product placement. The only way to maximize the value of integration is to connect the performance of these marketing assets, and the only clear method is to demonstrate value by directly impacting sales outcomes. This is not a new need, but today it is acutely accelerated.

A future where everyone is measured on marketing ROI is ambitious. Both marketers and agencies would have a difficult time embracing it at scale, as it radically changes media planning and buying processes.  Sir Martin Sorel well summarizes this sentiment with a simple statement… “We would not allow it.” At the same time everyone is investing in the analytics and measurement infrastructure to support these capabilities. And they don’t have a choice, even the relatively similar planning and buying tools that Google and Facebook use are hard to compare. The general terms are similar, CPC, CPA, etc., but until one gets to some sort of conversion metric these are hard to evaluate. Working with Media Platforms simply requires better connections and data to enable both targeting and measurement across a diversity of consumer touch-points.

This new universe of Media Platforms is scary, but also very exciting.  It signals for a continued wave of M&A, as a host of seemingly less attractive Publishers may be a nice addition to cash-rich technology companies turning into Media Platforms. It also underlines the importance of Acxiom’s mission to play a major connecting and data enriching role to help brands maximize marketing ROI from these Media Platforms.