Last month, we shared the most common state-to-state migrations across United States. Let’s take a closer look at the top three destinations, New York, California and Florida in Acxiom’s Audience Transitions database. Which cities or counties are the hottest? 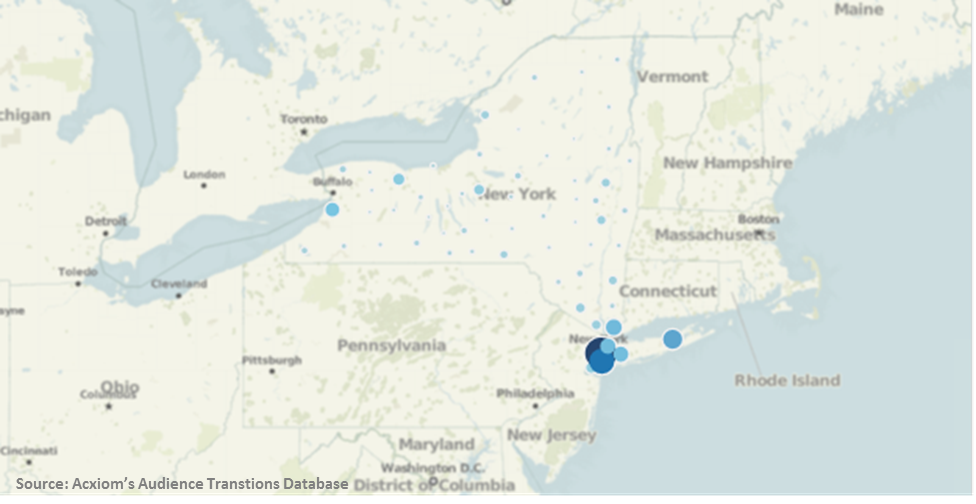 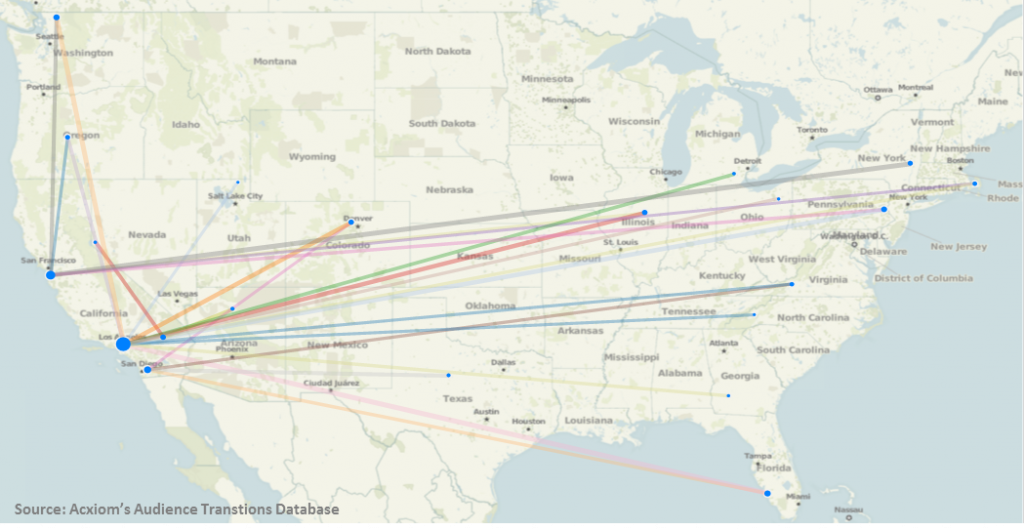 With city-level and even block-level data from Acxiom’s Audience Transitions database, many more interesting questions can be addressed. We will find out more and return with further insights for you. Stay tuned!