Think back to the last dinner or cocktail party you attended – odds are there was one conversation where the person was on what I jokingly call ‘tape delay.’  Either they were slow to get a joke, or they dropped into a conversation late, relaying the same anecdote or factoid that had just been discussed.  There’s the inevitable, uncomfortable lag where people scramble to adjust (ideally as kindly as possible) and not make the individual feel like a complete fool.

We’ve all been there, on both the giving and receiving ends.  It’s awkward, you adjust, and life goes on, right?  Most likely, someone will joke about it later (can you believe so and so said xyz…) but no harm no foul, right?

Now drop out the dinner party example, and instead of being a late to the party anecdote, make it a late to the opportunity marketing contact.    I don’t know about you, but my life is filled with these lately, and they aren’t limited to a single channel.  Direct mail solicitations from a phone service I already have, Facebook ads from a resort I visited two weeks earlier, emails reminding me to buy a swimsuit for my Toddler, when I have a ten year old.  In every one of those situations, the company has info on me, and they should know better, and yet they still send me completely irrelevant offers that do nothing other than make me shake my head.

In fact – the phone service provider is a multi-channel offender – I have the same offer on Facebook at this very moment.  Sign up now and get X – that would be great if I hadn’t had service with them for the last 3 years.

I’m not sure what happened or why, but it seems like, in the rush to get messages out in multiple channels, faster and better, companies are losing sight of one of the biggest success factors: the customer.   Add in the almost constant concern that it’s becoming harder and harder to build customer loyalty, and you have that awkward pause in the conversation, only it’s much harder to shake off. 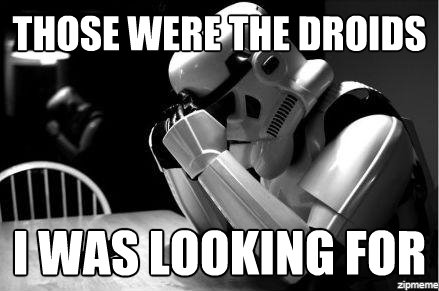 Now imagine what’s going on in the customer’s head as they walk away: You’re trying to incent me to buy something that I either already have or don’t need anymore, and in doing so, you’re showing me that you are completely tone deaf to my value, the opportunity, or even the fact that I have a history with you.

Wow.  So much potential.  So much opportunity, and it’s at risk because speed trumped strategy, silos prevented a granular view into customer need, and always on marketing didn’t take into account history.

Part of me wants to pick of the phone, and call the three companies I listed blindly above, and outline exactly how to solve the problem they’ve created.  It’s definitely a problem, but the opportunity to adjust and course correct is still there.  The conversation has played out in my head, and I’ve got the tick list of to-dos ordered and ready to go:

Ideally, there would be a lot of typing or scratching on the other end of the phone as this is all jotted down.  Instead of making justifications or excuses, I’d see offers for existing service will stop, the emails will talk about buying swimwear for a ten year old as opposed to a Toddler, and I’ll be incented to plan my next vacation, as opposed to book for the one I just completed.

What a great way to start a conversation instead of end it.